Be first to read the latest tech news, Industry Leader's Insights, and CIO interviews of medium and large enterprises exclusively from The Manufacturing Outlook

Thank you for Subscribing to The Manufacturing Outlook Weekly Brief

As the physical vapor deposition (PVD)processes used in semiconductor manufacturing become more complex, so too do requirements for accurate control of the power required to ignite, energize, and manipulate the plasma. Such control is essential for delivering high-quality thin-film morphologies. At the same time, managing arc events, including quick recovery from arc conditions,is a critical aspect ofsatisfying today’s yield and system uptime requirements. Because today’s thin-film PVD processes commonly deploy single- or dual-magnetron reactive sputtering techniques that require pulsed-DC power, the delivery, management, and monitoring of that power are all key considerations for semiconductor manufacturers.

They may have been at the heart of the back-end semiconductor fabrication process for many years but, thanks to proven reliability and relatively low cost, the PVD techniques used to create thin, high-purity metal oxide and metal nitride films through sputtering still have a strong future. Research firm Mordor Intelligence, for example, estimates that the PVD equipment market was worth $19.35 billion in 2020 and predicts this growing at a rate of 8.9percenta year to reach $23.93 billion by 2026.

However, as transistor density increases and semiconductor processes scale down to deliver new architectures atever-smaller technology nodes, ensuring reliable PVD presents a growing number of challenges to semiconductor manufacturers. Among these are the need to better control the film morphology and ensure precise deposition of thinner and thinner films inside high-aspect-ratio features. What’s more, a focus on maximum yield and productivity means such deposition must not only be accurate, but also must be done at very high speed in systems with maximum uptime. Fine control of the plasma used in the sputtering system combined with optimized arc management – including quick recovery from arc conditions while maintaining process and plasma –is needed to ensure the highest-quality coatings, maximize throughput, minimize the potential for damage to the target surface and extend the time between scheduled-maintenance shutdowns.

With today’s PVD processes commonly deploying single-or dual-magnetron reactive sputtering techniques that require pulsed-DC power, how the power is delivered, managed, and monitored is fundamental to meeting the needs outlined above. Choice of plasma power generator, therefore, is a critically important consideration for any PVD semiconductor fabrication process.

The intimate connection between the power supply and the plasma, and the influence the supply can have on plasma deposition has long been recognized. Pulsed DC has been used in reactive sputtering applications because the pulsed-DC waveform allows for inherent charge build-ups to clear during the off times. A controllable reverse voltage has improved on this for reactive sputtering with pulsed-DC power in which the periodic reversal of voltage clears charge build-up more effectively during a pulsing. This has grown in popularity thanks in part to its ability to reduce or prevent arcing created by charge build-ups.

In principle, pulsed DC is based on a shift in voltage or current from one power level to another or a shift in voltage from one polarity to the opposite, the latter being known as bipolar pulsed DC. Pulses can, in theory, be square or half sinusoidal. In practice, however, waveforms are impacted by factors such as nonlinearities of the plasma and, therefore, the shapes of the resulting power waveforms can bevery complex. Controlling these waveforms by managing the power supply output is one of the keys to fine tuning the sputtering process. With the most recent bipolar pulsed-DC power supply technologies, the level of waveform control available to manufacturers has increased considerably, allowing for control of both the dV/dt and dI/dt of the waveform.

So, what are the criteria that manufacturers should consider when selecting a pulsed- DC power supply?

Clearly, one of the first considerations will be the power rating demanded by the application and today’s pulsed-DC power supplies are now able to offer powers up to around 60kW. Maximum pulsing frequency and frequency configurability will also be an important factor, and supplies with frequencies that can be configured from 5to 150 kHz are increasingly available.Peak voltages and safe operating area (SOA) will need to be taken into account and, depending on the process setup, how the power supply is cooled – air-cooled, water-cooled, or a hybrid approach – will also be important. However, as PVD processes become more complex, it is the approach to waveform management and arc control that is beginning to dominate the selection criteria for plasma power generators.

Examples of the latest developments in waveform control can be found in the Advanced Energy® Ascent® AP (advanced pulsing) family of power supplies for single- and dual-magnetron sputtering applications.

Operating with powers up to 30 kW, these supplies have been specifically designed to optimize outputs and deliver precise and repeatable sputtering of thin films by combining a patented pulsing technology with a variety of additional parameters for real-time control – even when plasma impedance changes abruptly.3

18 to 60Percent.Dead time delay between pulses can be configured from 0 to 1μs. The result is a system that allows manufacturers to fine-tune the process for tailored film morphologies and desired film properties.

In Figure 2, we see how precise control of the generator’s output can be used to manage the waveform at the plasma in a dual-magnetron sputtering application. In this case, the power supply is able to control power delivery to each magnetron independently for uniform target utilization. By using a patented boost circuit on the leading edge of the sputtering waveform, the supply is able to accelerate the delivery of power to the process compared to a more conventional sine wave generator.

The AP family also includes a number of features to deliver advanced arc management. These include current and voltage sensing that provides the ability to sense and respond to arcs in under 1 μs and to proactively inhibit arcs – even at higher power levels. The addition of current sensing provides more accurate arc responses,resulting in less process interruptions due to false arcs.

As Figure 3 illustrates, advanced arc handling includes a four-block progressive arc management system with the capability for full voltage reversal bringing the current to 0A in just 3 to 4μs. Because each block has its own individual, self-adjusting arc parameters that can be fixed or dynamically move with the process, responses can be tailored to a wide range of process steps and applications in real time.

Driven by the need to maximize both quality and productivity, there is a growing demand for power supplies that help operators gain insight into system operation and provide the actionable intelligence needed to improve process characterization and optimization. This is leading to power supply manufacturers developing suites of hardware and software tools that, when used in conjunction with the power generators themselves, allow both real-time and historical analysis of key conditions including process steps, pulse shapes, micro- and hard-arc events, changes in arc rates and, in dual-magnetron applications, possible imbalances across sides A and B.

To address these requirements, Advanced Energy developed its own data acquisition and visualization tools known as FastDAQ™ and PowerInsight by Advanced Energy™.

Eliminating the need for an oscilloscope and operating with a sample rate of up to 40 MHz, FastDAQ is a built-in oscilloscope capability that provides measurement of the critical parameters for advanced process development and system troubleshooting. Connected to a PC or a local network via an Ethernet port, FastDAQ includes a “flight recorder” for storing long-term data, viewing historical performance, reviewing events and process steps and monitoring arcs alongside visualization tools that include real-time, and historical dashboards for rapid diagnostics and data exploration.

PowerInsight takes this analysis one stage further by bringing together machine learning, modern data science, and advanced analytics to enrich data and diagnostics and provide predictive and prescriptive insights that transform the information into actionable intelligence for fine tuning the process to improve yield and reduce unplanned downtime. 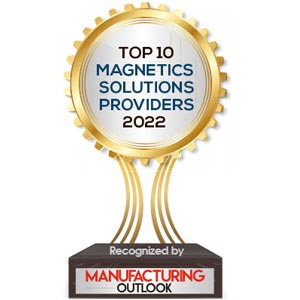 Evolution of the chemical industry

The Rise of Startups

From data sharing to insight sharing

No shortcuts to the future: PMI's Manufacturing of The Future Roadmap

However, if you would like to share the information in this article, you may use the link below: